PacSafe: The Basics of PacSafe Gear 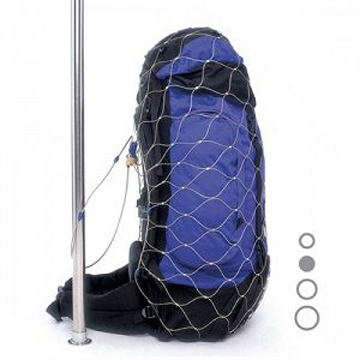 When traveling in developing countries where crime is or can be a problem, it is always nice to have one up on would be thieves. Until recently, things like money belts and sub par luggage locks were the crowning jewels of travel safety gear. Thanks to advances in technology, a company by the name of PacSafe has come up with some really impressive pieces of travel gear that really raise the bar for travel gear.

PacSafe first gained attention for their net like backpack lock. PacSafe noticed that luggage locks did little to stop serious thieves. If they really wanted what was in your backpack and it was locked, they would just cut open your bag and take what they wanted. The PacSafe backpack lock however, makes it near impossible to get anything out of your pack. The net like lock covers your entire bag and is secured to some other object. This means that even if a thief decided to cut open your bag, they wouldn’t really be able to get anything out of it.

Aside from the backpack lock, PacSafe also makes a variety of purses, travel bags, camera bags, and backpacks. These aren’t your typical travel bags. These PacSafe bags are made out of special material that is slash proof. The majority of snatch and grab robberies usually happen by a thief running up and slicing the straps on your bags and running off. With this spacial PacSafe material, you have an opportunity to defend yourself or get help.

Check out my reviews of some of the PacSafe gear:

Im not a 100% sold on the idea of PacSafe gear. While the backpack lock isn’t a bad idea, the bags seem like they could put you into danger. But that said, having some extra security when traveling abroad is always a plus. So, I think the pros still out way the cons when it comes to PacSafe Gear. Check out my reviews of the various PacSafe Gear.