How to Choose the Best Backpacking Stove 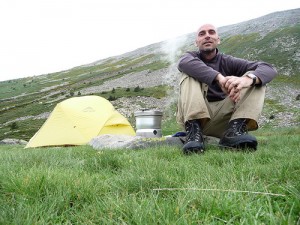 Unless you’re into eating nothing but PBJ’s, beef jerky, and cold instant coffee on your backpack trip, you are going to need a compact, portable backpacking stove.

Back in the day, backpackers did all their cooking over an open flame but the damage left by backcountry fires just doesn’t fit within our current Leave No Trace ethics. Not to mention that fires aren’t allowed in many areas due the risk of forest fires.

Choosing a backpacking stove is actually quite simple.  There is really only one big decision that needs to be made when choosing a stove and that is between two different fuel types: canister fuel or liquid fuel.

Each stove type has its own unique advantages and disadvantages and we will go through the pluses and minuses of each along recommending stoves for all types of backpackers. 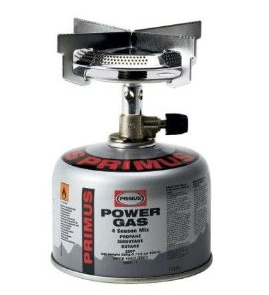 Canister stoves are by far the easiest type stove to use.  Unlike liquid fuel stoves, canister stoves do not need to be primed since they run off of pre-pressurized propane or butane canisters. Simply screw the fuel canister onto the stove, turn the fuel valve, light, and you’re good to go.  Some canister stoves (like the Jetboil Flash) light even easier, with the mere press of a button.

The biggest bummer with canister stoves is that they are disposable – the canisters cannot be refilled and they are difficult to recycle.  Liquid fuel stoves use refillable fuel bottles so they have less environmental impact.

Canister stoves do not perform as well as liquid fuel stoves especially in colder temperatures and at higher altitudes.  Performance also decreases as fuel gets used up since the canister pressure is decreased resulting in decreased heat output.

One option for those interested in canister stoves is an integrated stove system like the popular Jetboil systems.  These systems have a cooking pot that clips directly to the burner improving fuel efficiency and delivering incredibly fast boiling times.  These systems are great for easily boiling water plus you don’t have to pack cookware or a mug since the cooking system doubles as both.  These stoves are less versatile though, you can only cook what can fit in the cup and that means no eggs, pancakes, or bacon. 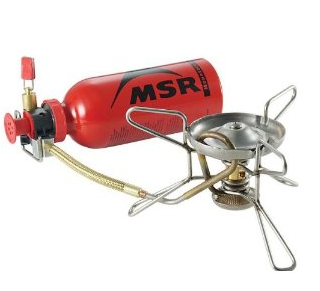 Liquid fuel stoves may be initially more expensive than the basic canister stoves but are more economical in the long run since there is no need to repeatedly buy expensive fuel canisters.  These stoves typically run on white gas, but some can run on virtually any gas like kerosene, unleaded gasoline, diesel, or jet fuel.

The best choice for extreme weather conditions, liquid fuel stoves outperform canister stoves overall but especially in cold weather.  You manually pressurize the fuel bottle with a pump so liquid fuel stoves burn more consistently throughout the bottle of fuel.

Only real downside to liquid fuel stoves is that they can be more difficult to light.  The stoves need to be primed first, meaning you need to first run a flame for a minute or so to heat up the fuel line before the stove will run.  It can take some practice to get efficient at lighting this stove and it can be a bit nerve-racking for some since it requires a bit of fiddling with an unstable flame.

I personally prefer a liquid fuel stove mostly because I can’t stand throwing those fuel canisters away.  Sure it took awhile to get good at lighting the stove but I’ve now got the lighting dialed down to just a minute or so.  It can be a bit more difficult to light in windy conditions, but most liquid fuel stoves come with a good wind screen.