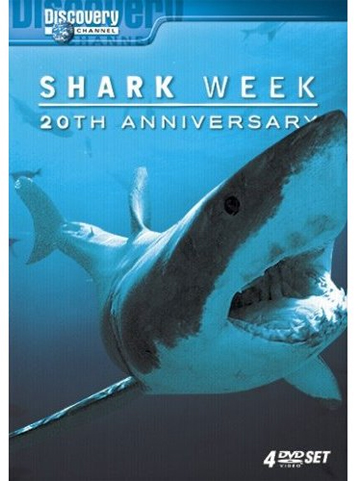 I just got done watching the Shark Week special, “Ocean of Fear”, talk about some crazy stuff. The special was a re-enactment of the largest shark attack in history. The incident took place during world war II when the US Indianapolis was shot down by an enemy sub. Hundreds of men died within days; from burns, exhaustion, and sharks!

The Shark Week 20th Anniversary DVD includes a long list of some of the best shark week episodes.

Some of these episodes are:

Be warned though, some of this shark footage isn’t for the faint of heart. This Shark Week 20th Anniversary DVD has 4 DVDs and a run time of over 660 minutes. This is sure to be a DVD to add to the collection so that you can re-live shark week over and over; sounds ironic doesn’t it?

Want to pick up your copy of the Shark Week 20th Anniversary DVD?

Check it out here: