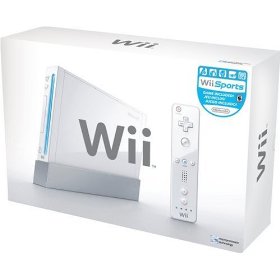 I’ve seen a Wii completely take over a college house party. That’s right. A house packed full of college students, booze, hormones and music, and all anyone seemed to care about was getting their turn on the Wii. College students choosing to forgo keg stands in favor of Wii? If you ask me, that’s certainly testament enough to the coolness factor of Nintendo’s newest video game system.

The Wii is Nintendo’s seventh generation of video game system, which aims to not only compete with Microsoft’s Xbox 360 and Sony’s Playstation 3, but also attempts to appeal to a much wider audience than the typical video game consol. The Wii’s distinguishing feature is a wireless controller (the Wii remote), which players hold in their hands and use to control the various games. The handheld controller can be used as a pointing device and can also detect movement in three dimensions—allowing you to use it as a tennis racket, steering wheel and more. The Wii also offers Wii Connect, which allows users to receive messages and updates over the internet when the game is in standby mode.

Since the Wii gets players moving and more active than most video game systems, you are likely to wake up after a hard night of Wii play feeling sore and wondering what the hell you did to make your lats sore. The Wii has mass appeal much beyond the usual Halo loving and Dragon Quest demographic and has surpassed both the Xbox and the Playstation in sales.

Looking to Buy? Check out these sites: