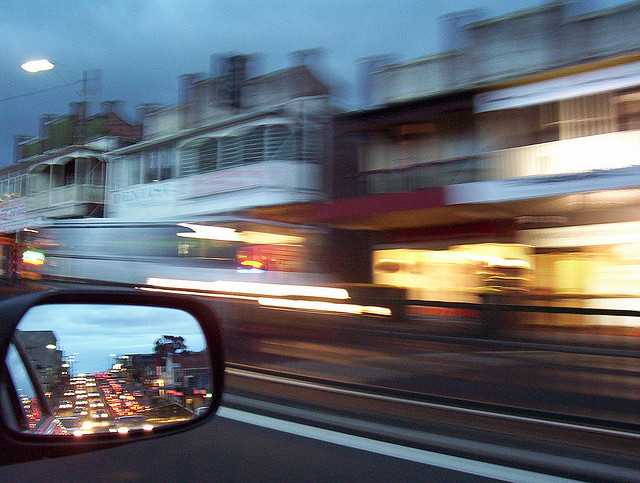 For about as long as I can remember, I have been prone to motion sickness. Motion sickness is caused by conflicting messages between the senses when you are in motion. Basically the brain can’t reconcile the different messages coming from the inner ears and eyes during motion and you’re left feeling nauseous. Some people seem to be immune to motion sickness while others have only mild nausea. Others can experience extreme nausea, sweat profusely, vomit, and feel totally incapacitated.

Luckily they are plenty of ways to prevent motion sickness. None are perfect cures and medication can leave you feeling drowsy and drugged. I tend to use a combination of treatments including over the counter medications and ginger and try to sit towards the front of a bus, in the front seat of a car, and over the wing of an airplane to reduce symptoms.

1) Over the Counter Motion Sickness Medications

Dramamine is the go to motion sickness medication on the market. It is available all over the world and is used to prevent the nausea associated with motion sickness. I have personally taken a liking to Meclizine (also known as Dramamine II, Bonine, Antivert, Sea Legs, and many more). For me Meclizine, is less sedating than Dramamine and works better too. If I take a Meclizine tablet about an hour before car travel, I can actually read a map or knit in the car without feeling like I am going to hurl all over. Like all motion sickness medication, you’re not going to want to drink any alcohol while the drugs are in your system. Also double check that it doesn’t interact with any other medications you are currently taking.

I have also tried a prescription medicine called Promethazine for motion sickness. If Dramamine makes you drowsy Promethazine will totally knock you out. It has a strong sedative effect and a long half life so it is not the best option for short trips. As far as motion sickness medications go it seems that the more sedating the drug is the better it works. Since Promethazine is so sedating it is only recommended for severe motion sickness. It is also a nice option if you have a long bus trip or flight and you want to also catch up on some sleep. Promethazine is available by prescription only in the US, but it is available over the counter in many countries like Australia, the United Kingdom, and Switzerland. 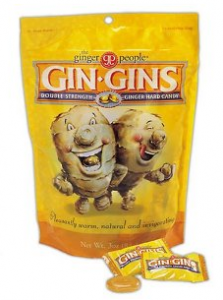 Dr. Weil swears that ginger is more effective than Dramamine for motion sickness and some studies have shown that ginger is more effective than a placebo. He recommends drinking a mixture of a half teaspoon of ginger powder in a glass of water about 20 minutes before travel. He also recommends having some ginger candies or gingersnap cookies available for mild nausea.

I absolutely love The Ginger People’s Ginger Chews and Gin Gins. They have a very strong ginger flavor that I find tasty. They would probably work well for people with mild motion sickness, but they are not a total cure for my level of motion sickness. I take Gin Gins on my long trail runs and they do help if I get any stomach upset or nausea.

Acupressure is a variation of traditional acupuncture that can be helpful in dealing with nausea and motion sickness. You can either firmly hold acupuncture point A6 yourself or use wristbands with pegs that press on the point. In order for acupressure to work, you have to make sure that you are pressing the point correctly so make sure to read the directions carefully or you won’t find any relief from the wrist bands.

I once ran out of Dramamine during a 5-hour bus trip across Costa Rica so I tried massaging A6 to no avail and ended up hurling into a plastic bag with hours left on the trip. I wouldn’t recommend acupressure wrist bands as your sole prevention plan if you are prone to severe motion sickness. It does work well for mild nausea and is great in conjunction with ginger if you would like to only use natural remedies.

Choose a seat over the wings. These seats are perfect for those prone to motion sickness since less motion is experienced. Seats towards the back of the plane are the worst and motion sickness prone travelers should avoid those seats at all costs. I also tend to dress in layers, because I’ve found that being too warm can bring on motion sickness. Reducing sensory input can also help so that means no in flight movies.

Sitting towards the front of a bus or driving or sitting in the front seat of a car can drastically reduce motion sickness. Avoid looking out of side windows and instead stare straight ahead or keep your eyes closed. Keep a window open for some fresh air and steer clear of strong smelling foods and beverages while traveling. Aromatherapy like mint and lavender can also be soothing for some experiencing motion sickness.

Do you have any tips for preventing or curing motion sickness?