Chaco Sandals Round Up 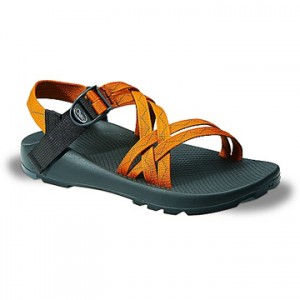 It is no secret that every major sandal company has its own loyal following of customers. Everyone seems to like one sandal brand over the others. These sandal makers can be narrowed down to Chaco, Keen, and Teva. It really just boils down to a personal preference on which ones you like. I myself started out as a Teva guy, but then converted to Chaco and have never looked backed. I’ll admit that I tried out Teva due to peer pressure of sorts in the rafting community, but it was one of the best decisions I have made. Well, as far as footwear is concerned.

One of the things that has impressed me the most about Chaco Sandals is how tough and durable the soles are. I have had my Chaco sandals for a little over three years now and the sole still looks brand new. That in and of its self may not seem that impressive, but just listen to this. I have pretty much worn these sandals every day for threes years. During that time period I worked at the Nation Whitewater Center that is covered in concrete, lived in Costa Rica, and worked on the Ocoee river as a raft guide. Even after all that the Chacos soles looks brand new and barely walked on.

Check out my reviews on some of the Chaco Sandals and Shoes:

The one minor drawback of Chacos sandals that I have seen time and time again is that sometimes the sole comes unglued from the footbed portion of the sandals. Im not really sure when this happens, but it is nothing that a spot of super glue doesn’t fix. I only had this problem on one sandal and have only had to fix it once. So that minor con shouldn’t stop you from buying a pair. I just felt it needed mentioning.

Aside from the footbed/sole separation problem, I haven’t had any problems. The straps on the sandal look a little rough around the edges, but are still going strong. One thing I liked about the straps on the Chacos is that the stuff they put on the sandals to help keep them from smelling actually works pretty well. All of the Tevas that I have owned had the same features, but it never really worked on them.

In case you aren’t in to open toe sandals, or maybe you just need a little more protection, Chaco has got you covered there as well. They make a wide variety of water shoes and sandals that are perfect for a variety of situations. No mater what your outdoor activity of choice is, Chaco has got something for you.